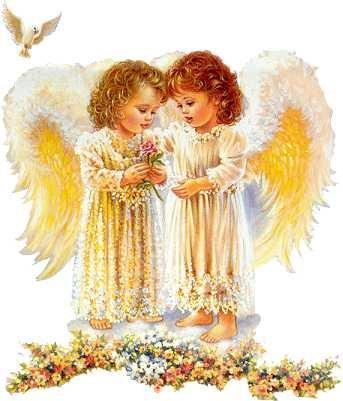 And the angel said to him, "Gird yourself and put on your sandals." And he did so. And he said to him, "Wrap your cloak around you and follow me." And he went out and continued to follow, and he did not know that what was being done by the angel was real, but thought he was seeing a vision.   Acts 12:8-9

The first devotional I ever wrote was about being free from chains that bind. The writing was about a dog that had always been on a chain.  When he was freed, he ran around for only a few minutes and then returned to the place he had been chained for so long and laid back down.  The devotional went on to speak of Christians who do the same thing. God sets us free and out of habit we stay where we have always been instead of soaring freely to all God has for us.

Today I think of that devotional as I once again am writing about those who were chained becoming free.  I first thought of the demoniac in Mark Chapter 5. People often bound this man with chains, but the chains could not hold him for he was possessed by a legion of demons.  The demons were too strong to be held by chains of man.  However, they weren't too strong to be cast away by Jesus.  Things that bind us have no power when Jesus sends them away from us.

In Acts 16 men bound Paul and Silas in prison, but when they prayed and sang praises to God what happened?  Their chains, as well as those of all the other prisoners, fell off.   The prison doors were shaken open by the power of God.  Paul and Silas returned to their chains briefly after baptizing the prison guard who asked them what he needed to do to be saved.  The guard washed Paul and Silas's stripes and fed them at his house.  The purpose of their return to the prison was to save the guard from punishment, probably death, and to show the glory of God to all.  Not only does God have the power to free all men from all things that bind them, But He also has the power to save!

But the main story of chains that came to mind was that of Peter and the angel found in Acts Chapter 12.  Peter was bound in prison. Prayer was made without ceasing by the church for him to be free.  While Peter slept an angel came.

7 And, behold, the angel of the Lord came upon him, and a light shined in the prison: and he smote Peter on the side, and raised him up, saying, Arise up quickly. And his chains fell off from his hands. 8 And the angel said unto him, Gird thyself, and bind on thy sandals. And so he did. And he saith unto him, Cast thy garment about thee, and follow me. 9 And he went out, and followed him; and wist not that it was true which was done by the angel; but thought he saw a vision.

How many sermons had Peter preached about the power of God do you suppose?  How many prayers had he prayed in the prison before he went to sleep for God to free him? I think several.  Yet when God showed His power through an angel, Peter thought he was dreaming.  I believe Peter truly believed God was going to answer His prayer to be free, but he just never expected Him to answer the way he did.  Peter probably thought a man would walk in with a key and say something like, "There's been a mix-up. You are free to go."  Or perhaps, "Mean King Heord has had a change of heart; he has decided he doesn't want you dead."

Yes, Peter's miracle came, but not the way he had expected.  In reality, the reality of how he was freed seemed totally unbelievable to Peter.  And oh yeah, the church that was praying for his release, they were very surprised when Peter showed up knocking on the door where they were praying.

13  And as Peter knocked at the door of the gate, a damsel came to hearken, named Rhoda. 14 And when she knew Peter's voice, she opened not the gate for gladness, but ran in, and told how Peter stood before the gate. 15 And they said unto her, Thou art mad. But she constantly affirmed that it was even so. Then said they, It is his angel. 16 But Peter continued knocking: and when they had opened the door, and saw him, they were astonished.

Today, as you pray, believe.

For scripture tells us, “And all things, whatsoever ye shall ask in prayer, believing, ye shall receive.”  Matthew 21:22

Believe - Demons do flee!  Chains do fall off.  Doors are shaken open.  Salvation comes.  Angels come to us.  We are set free!

Don't be surprised when it happens. This is the reality of what comes to pass when we pray and believe.